No, Donald Trump… We Should Not Arm Our Teachers!

Say what, Mr. Trump? The solution for school shootings is to arm our teachers? Heck no!
Please watch this episode, “No Donald Trump, we should not arm our teachers!” to see Trump’s ridiculously dangerous idea that should be opposed!

DISCLAIMER *The views expressed here are those of Aidan Mack. They do not reflect the views of the interpreters engaged in interpreting her.*

(Visual Description of Episode) – Video opens with upbeat music and views of New York City, while Aidan Mack exercises with a jumprope.

The screen shifts to her turning down a road lined with green trees in a red motorcycle, while a red car passes by. Aidan Mack then appears in a fancy closet/fitting room wearing a black dress with black heels, while she spins around looking in the mirror. The screen then shows Aidan Mack sitting in a dressing room at a Hollywood-style vanity mirror, lined in a circle with bright light bulbs where the camera films her reflection in the mirror as she flips her hair and whips out her magenta, pink lipstick applying it to her lips with a grin into the mirror. Aidan Mack is then seen in the center of New York City, standing in the middle of Time Square where the camera circles her as she looks around with an astonished look in her eyes and face at the flashing lights and billboards surrounding her. The host, Aidan Mack then opens her show as she walks down Time Square’s glowing, ruby-red stairs while bystanders sitting behind her on the stairs watch her introduce her show in American Sign Language (ASL).

Hey everyone and welcome to The Aidan Mack Show!

Isn’t it unreal that Donald Trump came up with the idea that teachers should be armed with a gun at school? I was like… so unreal! Really? Come on! Teachers have a lot on their plate with the amount of responsibilities they already have. Now decisions are being made about adding guns to their workload. It must be overwhelming for our teachers.

I’m pretty sure the chances of bad things will happen more often and having more guns in schools will spread violence. Parents will be more likely to grieve with the added chance of their child being shot by accident. Which may lead parents going back to the school to do a shooting for revenge for their child. It all becomes an ongoing cycle that never stops.

The NRA, National Rifle Association makes millions off of shootings. They’ll always try to convince that there are so many reasons why a person needs a gun. Saying that people wouldn’t be victims if they were able to protect themselves with a gun. The NRA, always find excuses as to why people have the right to bear arms, they’re feeding guns to people. So many groups forming and arming themselves attack others. Is this system going to work? How could Donald Trump come up with this idea? To earn profits and they have no regard for the children? Schools should be a safe place for our children.

Of course as we know, kids touch everything and anything they can get their little hands on. Their curiosity gets the best of them and something could go wrong if they got their hands on a gun and pulled the trigger. Duh! What do you expect? They’re kids! Who knows what they could do if they got ahold of a gun, shoot another kid or their teachers.

Remember, school is for the mind and not for our hands.

This could mean that children would have role models of teachers that threaten their students that if they misbehave to watch out because they have their guns at arms’ length. Which will instill a crippling fear to our kids. Resulting in these kids growing up with the mentality that if anyone messes with them that they better watch out because they’re armed. Maybe parents should be armed and use their gun as a way to discipline their kids. Where does it end?

But you have Trump and the NRA ready to get their hands at all the money. By providing and convincing people of “necessary training and guns.” Come on, seriously? It is so obvious, anyone can tell! And what’s more unreal… This is unreal. Like seriously unreal. It is like the epitome of unreal. Donald Trump saying if he were running schools there would be no shootings.

Come on! I still cannot believe he is actually running this country. Ew. That’s all I can say.

Thank you for watching my show!

Thanks Casey and Domenick for your interpreting!

Thank you, bye, everyone!

The Aidan Mack Show logo appears again. (dark blue and black background) with a cartoon figure of Aidan Mack in a black dress and heels holding up the ASL hand shape for ‘I Love You,’ standing next to three shopping bags (pink, blue, and yellow) lined up in size order with the website: www.aidanmack.com below.) A white screen with social media websites appears directly after.)

Dear Smartphone, Who’s the Fairest of Them All? 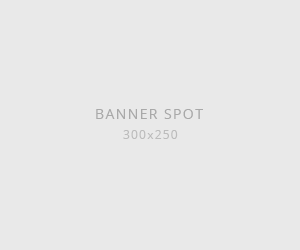